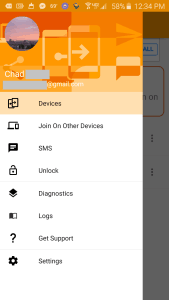 At the end of 2015, the company suddenly introduced its Pushbullet Pro subscription service which effectively removed many of the features previously available in the free version. If you’re anything like me, then you’ve found Pushbullet’s many features to be highly-useful and largely-irreplaceable. Even popular alternatives, such as AirDroid or Pushline, fall short in delivering many of the features Pushbullet users took for granted.

João Dias, developer of the AutoApps suite for Tasker, is widely-renowned by the Android community. Available in the Google Play Store, Join by Joaoapps (left) is the most effective Pushbullet alternative around. After consulting the community regarding feature and pricing, he made the Join app for Android available at the lowest tier — $5 for a one-time purchase.

Join supports end-to-end encryption, copy & paste, SMS and notification mirroring. What makes Join a true replacement for Pushbullet Pro is that it includes two features that were stripped from the free version of Pushbullet: the ability to mirror notification action buttons — the buttons that appear on notifications (other than ‘dismiss’) —  and support for universal copy & paste. The Android app comes with a 30-day trial which is plenty of time to decide if you’re ready to make the switch. 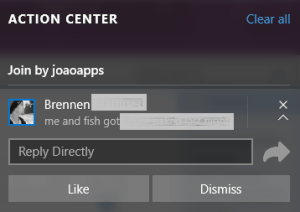 You can purchase Join in the Android app store starting at $4.99 for a one-time purchase. Higher-tiers are available for those who wish to support the developer. The Windows 10 app, which integrates nicely with the native Windows Notification panel, is available for about $1.50 and comes with a free trial as well.

Overall, the experience isn’t quite as clean as Pushbullet; however, Join is by far the most effective replacement for Pushbullet on Android devices. As the app is still in its first steps, you can expect to see new features, tweaks and improvements in the coming releases. Head over to the Joaoapps website and discover the different features in Join vs. Pushbullet.